The arrival date of Storm King's Thunder is confirmed! Now PS4 and Xbox One players can get this new expansion. Players can experience the adventure, traveling, do the fishing mini game, artifact weapons and series of things. There is a piece of news on Neverwinter's offcial forum you can see. Here is some of the content may contain spoilers. 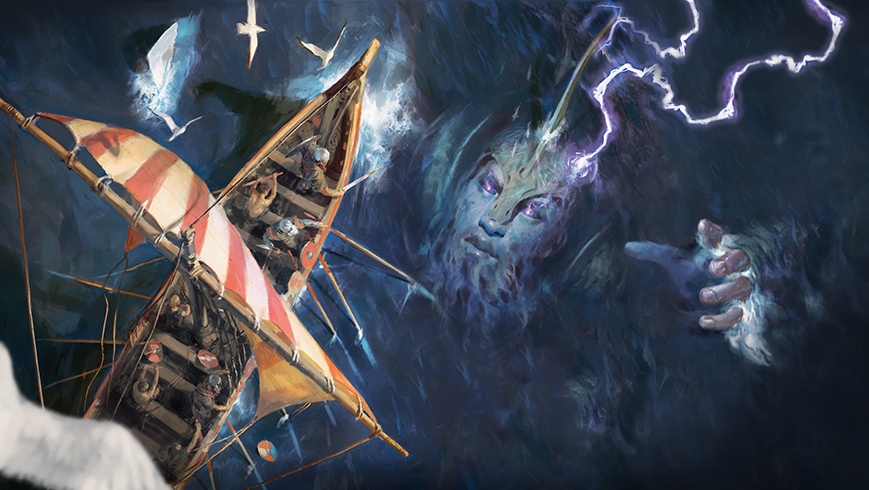 "The war with the frost giants over the Ring of Winter continues! When last we left our heroes in Storm King's Thunder, the hunt for the stolen Ring of Winter led them from the frozen city of Bryn Shander to the frost-covered trees of Lonelywood and the harsh wilderness and bleak shores of Cold Run."

It seems you should complete the quests from this saying. "Now, the heroes' quest leads them to the Sea of Moving Ice. Somewhere among the chilling waters and floating icebergs the frost giants have taken the Ring of Winter, preparing it to unleash an eternal winter upon the world. Artus Cimber, former keeper of the ring, still feels its pull and is certain the frost giant Jarl Storvald keeps it in his stronghold of Svardborg. Even the combined might of the heroes of Neverwinter and the Companions of the Hall may not be enough to take this icy fortress."

"The barbarian hero Wulfgar has rallied his people of the Elk Tribe to help battle the frost giants. But the local Ice Hunters have been enslaved by the frost giant forces and are harrying the heroes' efforts at every turn." Through the adventures, there is likely to be lots of giants.

If you have strong desire to see the whole article, just go to the official community to see. Have a good time with this expansion.

Players will have to update the system as Neverwinter will no long support Windows XP and Direct3D 9, or Video Cards with a Direct3D Hardware Feature Level less than 10.0 on March 1st, 2017. This action is aimed to improve game performance and optimize the player experience.

Neverwinter: How to Do DPS for a Tank Build

In a perfect world, the tank will be aggro-ing the boss, and all the of the DPS will be on the other side of the boss doing combat advantage damage. Here is how to play DPS.